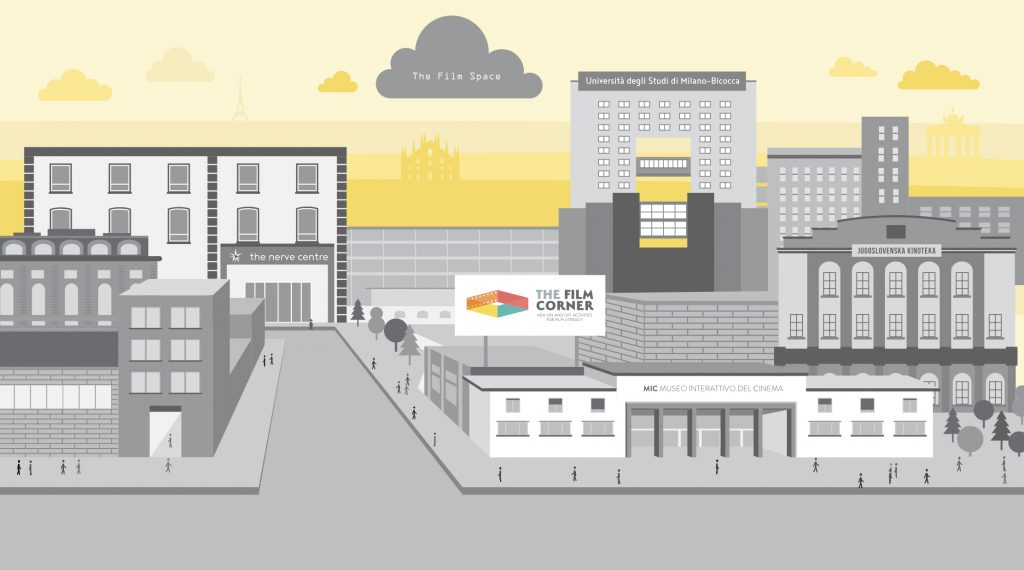 In 2016 Fondazione Cineteca Italiana launched ‘The Film Corner. Online and Offline Activities for Film Literacy’, a co-financed Project within the frame of the Creative Europe Program, based on the creation of an online interactive platform especially devised for young people and their teachers.

The general framework of the project is provided by the “Framework for Film Education” edited by the BFI in 2015. Experts from different search fields have been contributing to designing and creating the platform content, which is dedicated to a cross-curricular approach that connects film to other subjects, languages and topics. The cross-curricular attitude is a core aspect of the platform, whose aim is to support teachers in working with their students, giving them skills and knowledge through an ancillary use of film.

The Project met with great success, and it was re-financed for 2019. We named the second edition “The Film Corner Reloaded – A cultural approach”. So, starting 2019 through 2020 a third section of the platform will be developed, dedicated to an interdisciplinary and cross-curricular approach to film education centered on the relation of film (the main topic) with other topics.

Through this new section the Project aims to provide teachers with an efficient tool to help them in fulfilling the objectives of the curricular activity through a set of educational resources, using film as a cross-cutting subject that can foster connections throughout the whole school curriculum. The platform will be created around a selection of EU and non-EU films and audiovisual, both industry and heritage films, for which rights will be cleared in cooperation with rightholders.

To sum up, the objective of the Project’s second edition is to provide an innovative educational tool that can be used as a reference for film literacy. By exploiting multimedia and web 2.0 techniques (interactivity, role-playing games, gamification, narrativized settings), its aim is that of disseminating film literacy Europe-wide, and of fostering interactive and participatory approaches capable of stimulating young people’s curiosity towards cinema.

Finally, the Project involves 50 classes over six countries, reaching out more than 2,000 students around Europe, from junior high school to secondary school.

The Platform is already available in English, French, Italian, Serbian, Slovenian, Georgian. The use of the Platform for schools is completely free of charge.